A Wicked Reputation by Liana LeFey


3.5 stars rounded up because even though the plot was pretty straight forward and simple it was a really fast enjoyable read! Sometimes I just need a reminder of why I fell in love with historical romances in the first place and this book sent me straight there. The balls, the gowns, the gossip, the attitudes, the drama, and…. the passion!

This is book 3 in the Once Wicked series and can without a doubt stand alone. I have not read books one and two but after reading this book I would not be opposed to going back and seeing who books one and two are about! This book was almost a play on being the opposite of what historical romances normally entail. In this book is the illusion that the daring scandalous courtesan is after some unsuspecting benefactor rather than a rake after some sweet innocent. I liked the difference though I’m not sure that, realistically men dragged their known mistresses off to ton balls.. that seems a little too scandalous to be accurate historically, but it made for a great read! I had no problem falling right into the story, and even though the secrets were slow reveals I was caught up pretty quickly in the intrigue of it all. I am all for a rule breaker, and any woman that can bring a rake to heel, so this book was a win for me!

Diana, ruined by a petty rumor from her betrothed is cast out by her uncle and left to fend for herself, rather than deal with any dishonor fighting said rumor could bring. Innocent but unable to prove herself Diana must figure out a way to make ends meet. Entering into a mutually beneficial relationship in which Diana gains financial freedom in an intricate plot to protect her benefactor’s secrets, she posses as his mistress and learns the ways of a courtesan. Traipsing about court flaunting her status in her uncles face bringing herself some semblance of revenge she is well versed in the arts of coquettishly maneuvering herself out of others clutches and for those she can’t out maneuver her charming benefactor takes care of on the dueling field. That is until everything she has been building threatens to collapse when, overly curious, Lord Lucas Blackthorn becomes enthralled with her, and is not as easily convinced of her act. Not only that, but the feelings he awakens in her threatens to destroy her newfound family, and makes her remember all the things she once wanted so long ago.

Great, fast, simple read. Very easy to sink into and become involved. The characters were pretty rounded and the feelings seemed intense. I am excited for this series, and I hope to run across more by this author!

I requested and received a copy of this for honest review purposes via NetGalley and the publisher Entangled Publishing, LLC. Many thanks for allowing me the opportunity to read and review this work.
View all my reviews 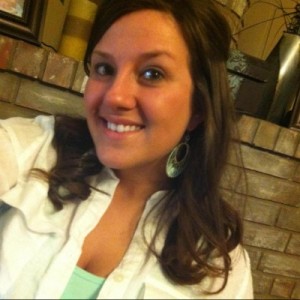